The Ocean Kayak Prowler 13 Angler is designed as a fishing kayak for general use. Its construction provides you with a comfortable seating position and plenty of storage space. Whether you’re on the ocean or a lake, it is designed to make sure it keeps you dry on your fishing trips. If you’re looking fora non-tandem option, check out our Oru kayak write-up here.

Find out more details about the Ocean Kayak Prowler at Amazon.

In the following review, we will explore whether the Ocean Kayak Prowler 13 Angler deserves your time and money or not:

The Ocean Kayak Prowler 13 Angler model has been designed to perform very well in a wide range of water applications, and is very popular on the market. Paddling enthusiasts greatly appreciate its combination of useful features and high performance.

The Ocean Kayak Prowler 13 Angler Kayak has a 13′ length that gives you improved hull speed and helps it track straight. When you go kayak fishing, deck space is a key factor. This model provides lots of deck space, big enough to fit a tackle bag and/or a cooler.

The Build of the Ocean Kayak Prowler 13 Kayak

The boat features a 28″ width, a weight of 54 pounds and can carry a load of up to 450 lbs. The seat well is molded in, and the kayak also features a 6″ cam lock hatch, a high volume bow hatch, an extra large tank well, a transducer compatible scupper, and built-in paddle keepers.

The seat comes standard with the kayak and it’s a useful feature when you go out on long fishing trips. Its construction also features foot support and rod holders. The foot straps are adjustable without the need for you to get out of your seat. You can get access all the way to the front and back when you remove the hatch and fit any rod you need to take.

The Ocean Kayak Prowler 13 Angler Kayak comes with its own area for a fish finder that is easy to install. If you are on the water, the front hatch allows for easy access. The transducer compatible scupper allows the beam to easily penetrate the hull, alerting you to the presence of fish.

Is The Ocean Kayak Prowler 13 Kayak Superior Than Other Fishing Kayaks?

The Ocean Kayak Prowler 13 performs remarkably well, whether you are fishing on the ocean, on large lakes or small creeks and ponds. You have plenty of access to the inside of the hull, thanks to the 6″ cam lock hatch and large bow hatch. Another special feature provided for with the Ocean Kayak Prowler 13 Angler kayak is the oversized tank that can fit a homemade fishing crate and most coolers. 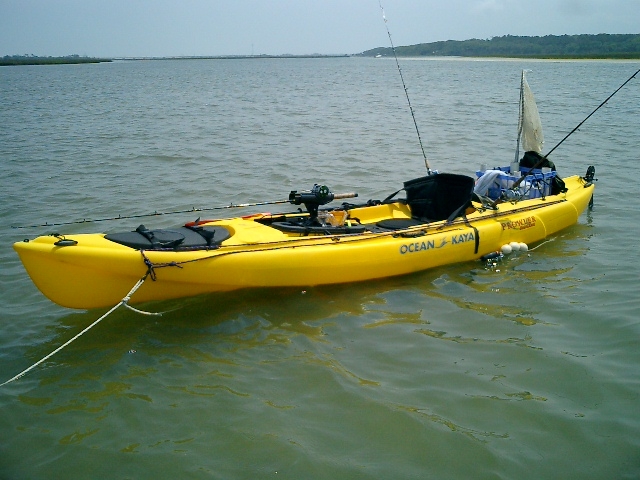 The Ocean Kayak Prowler 13 Angler comes with a couple of bungee straps that allow you to secure your cooler and other things. The two flush mount rod holders do a good holding your rods in. The molded mount construction of this kayak model provides plenty of storage space for fish and equipment.

The dry storage area is quite spacious. At the center of the kayak there is room for a storage bucket. It’s also fitted with a cup holder, a bag within the bow hatch for battery storage, and a lock hatch.

If this angler doesn’t cut it, there are tons of other options to consider!

Kayaking is an amazing activity that keeps you mentally as well as physically fit. However, if things go wrong while you’re in the water, the situation can become extremely serious very fast....